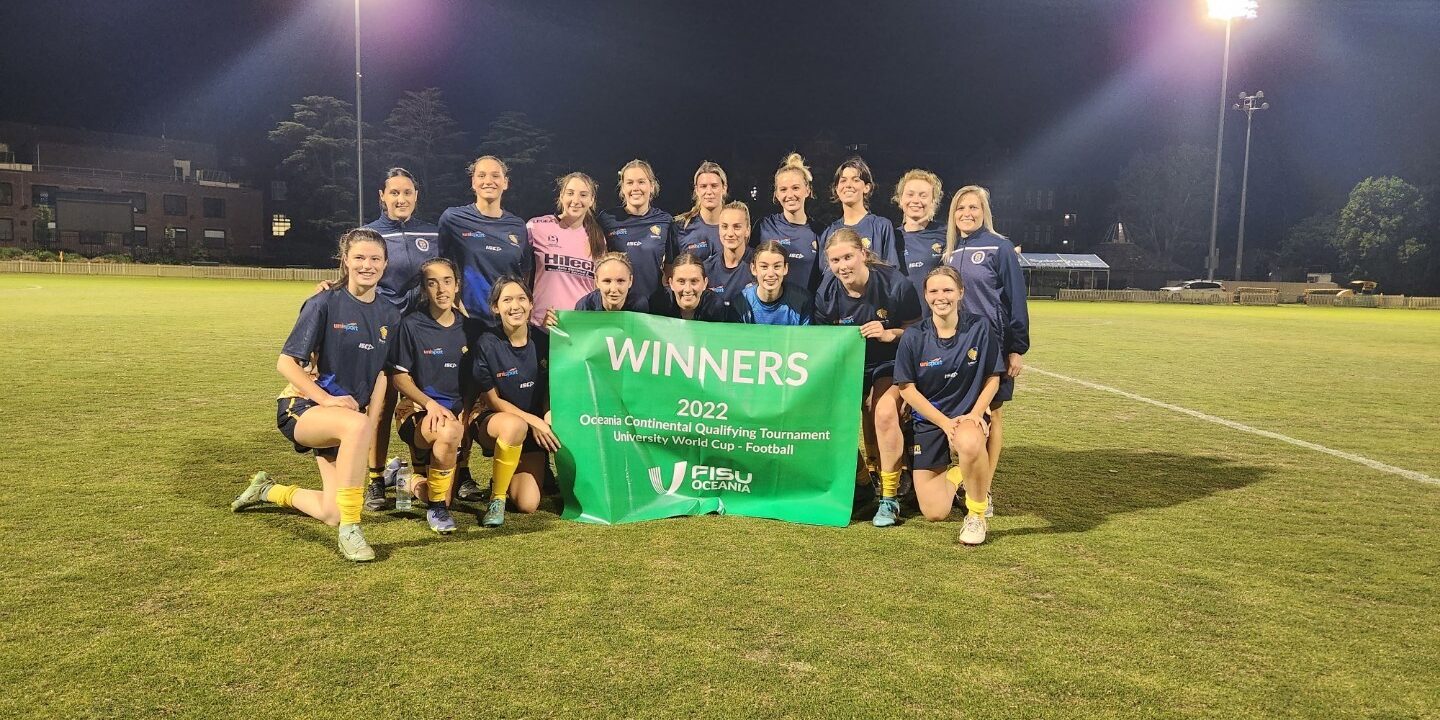 Each team won their respective National University Championship Football titles earning them the right to represent their country in a head to head match played in Sydney last night (23 November 2022).  Winner takes all.

The game started evenly as both teams found their rhythm having not played each other before. The University of Sydney had numerous opportunities in the first half however excellent defence and goal keeping, saw University of Canterbury hold out for a nil all score line at half time.

The second half was evenly contested with both sides having chances to score and close out the game however at full time, with the score still at nil all, extra time was played. The University of Sydney capitalised on open space and fast runs to score twice in extra time to secure the win.

As winners, The University of Sydney will represent FISU Oceania at the FISU University World Cup Football. The event will be held in Jinjiang China from 27 October – 7 November 2023.

The men’s qualifying tournament final will be played on Sunday 27 November between The University of Auckland and Western Sydney University. The game will commence at 12.30pm Auckland time and will be live streamed on www.unisporttv.com.au.

For more information about the University World Cup Football, visit the FISU website.