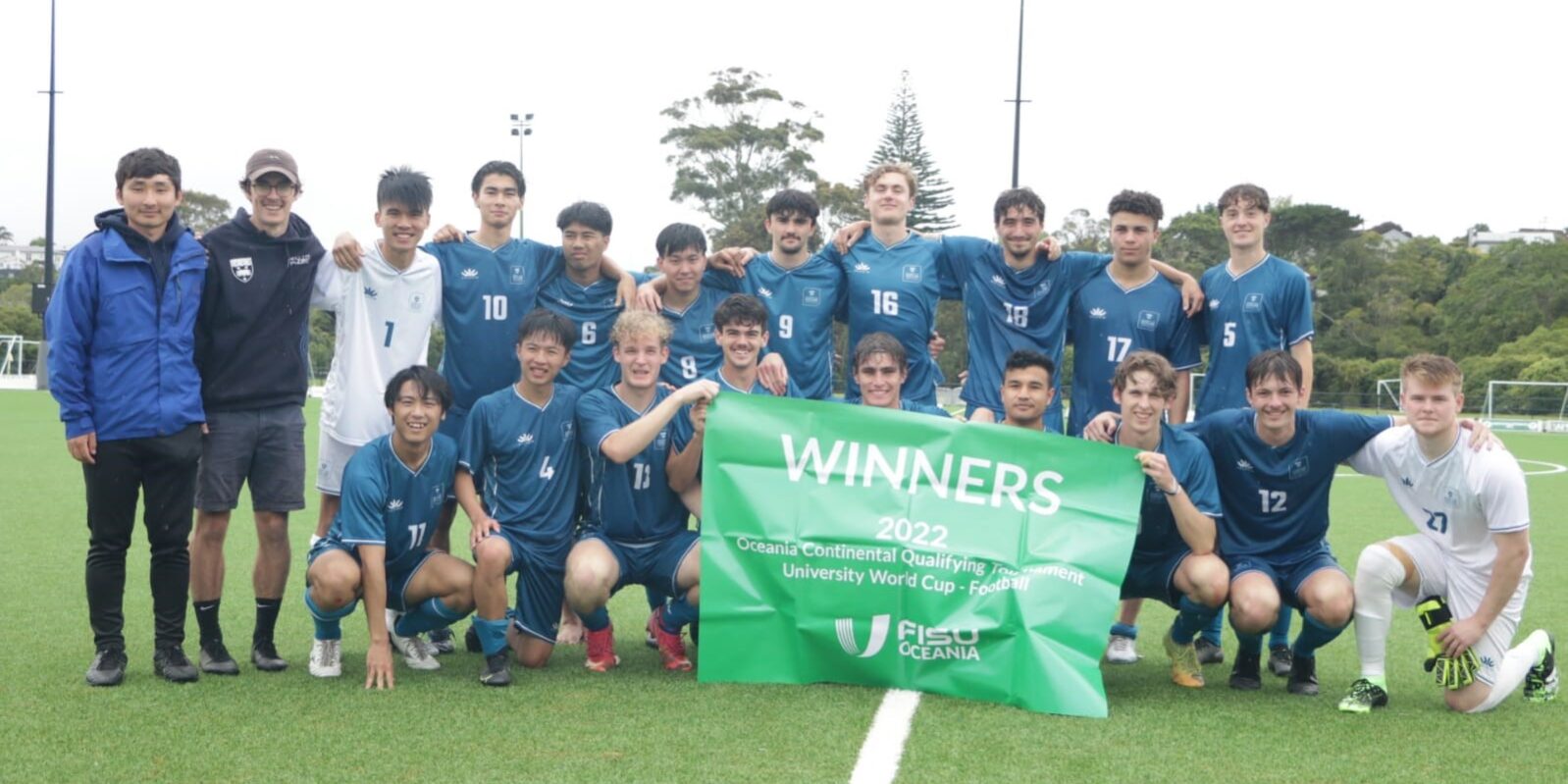 Auckland scored first with Western Sydney quickly equalising. The game was evenly poised until a goal keeper error from Western Sydney let Auckland in for their second goal. The score was 2-1 at half time to Auckland.

The home ground advantage (and some would say the weather) favoured Auckland in the second half with the home team going 3-1 up in the 55th minute. Both teams were again evenly matched until late in the second half when Auckland were able to capitalise on field play and score two late goals.

As winners, The University of Auckland will represent FISU Oceania at the FISU University World Cup Football. The event will be held in Jinjiang China from 27 October – 7 November 2023.

For more information about the University World Cup Football, visit the FISU website.